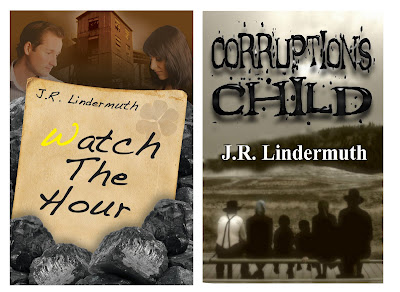 In the 1870s Pennsylvania’s anthracite coal region, mine owners and their employees, particularly the Irish immigrants, are in conflict over working conditions.

Private police forces commissioned by the state but paid by the coal companies are sworn to protect property of the mine owners. The miners know their real purpose is to spy upon targeted agitators and intimidate and break up strikers.
The Mollie Maguires, a secret society some see as working to improve the lot of the Irish and which others damn as a terrorist organization, are viewed as an increasing threat.

Benjamin Franklin Yeager is a coal company police officer. He does his best to follow orders while trying to be fair to the workers whose lot he sees as little different from his own. Despite his efforts at fairness, Yeager’s job makes him the enemy of the Irish.
And that’s the crux of his troubles.
For Ben is in love with an Irish girl.

Retired police chief Daniel ‘Sticks’ Hetrick, still serving as unofficial consultant to his less experienced successor, has another murder to deal with in rural Swatara Creek, Pennsylvania. It soon develops the death of a local waitress is not the only trouble in the township. An elderly man has been seriously injured in the latest of a string of burglaries from the Amish, the burglaries may have a connection to unscrupulous antique dealers, there are items missing from the police department evidence room and rumors are circulating of drug dealing. What—if anything—does all this have in common?
Could it be the strange Amish girl who may, or may not be, Flora Vastine’s new friend?
Website
Crime Space
AuthorsDen
LinkedIn
Twitter
Facebook
Direct Buy
Brought to you in part by WOOF: Women Only Over Fifty , Wendel Wordsworth, Cynthia's Attic