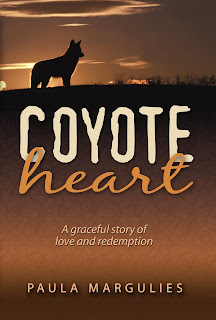 Trapped in a troubled marriage with a disabled husband, Carolyn Weedman is ripe for a change in her life. After a chance encounter with a widowed Pala Indian professor, Carolyn finds herself drawn into an unexpected love affair. Torn by conflicting feelings, she discovers a secret about her husband's past that forces her to confront her divided emotions and choose between the two men she loves.

Set against the simmering backdrop of local politics on the Pala Indian Reservation in San Diego, Coyote Heart explores the intricacies of illicit love and marriage, the strength that comes from sacrifice, and the courage to forgive the injuries of the past.
BUY KirkHouse
BUY Amazon
WEBSITE
*****************************************
Reviews:

“With Coyote Heart, Paula Margulies uses lyrical, yet restrained prose to take us into a world where the usual definitions will not fit—where the personal and the political, even the human and the animal, become increasingly difficult to differentiate. This novel bravely explores the difference between a relationship that bends and one that breaks; it even suggests that a healed fracture is stronger than what was originally whole.” -Peter Rock, author of My Abandonment, The Bewildered, and The Unsettling
Disabilities and marriage make things hard for both parties involved. "Coyote Heart: A Graceful Story of Love and Redemption" tells the story of Carolyn Weedman as she copes with a disabled husband and a failing marriage. When love begins to bloom elsewhere, she is faced with harsh decisions that will change her life forever. Poignant and intriguing reading with strong romance elements, "Coyote Heart" is a solid and top pick for general fiction readers. -- Midwest Book Review

*******************************************
Paula, what or who most influenced your writing?
I’ve always been a huge fan of the Southern gothic – William Faulkner and Flannery O’Connor are my all-time favorite writers. As a graduate student in English Literature, I studied Hemingway, Fitzgerald, Bellow, Doctorow, Didion, Heller, and Pynchon. Other authors whose stories have haunted me, stunned me, or made me weep: Sherman Alexie, Ha Jin, Barbara Kingsolver, Louise Erdrich, Jane Smiley, Jane Hamilton, Anna Quindlen, and Elizabeth Berg.

What is the one thing you want readers to know about your book(s) and/or writing? 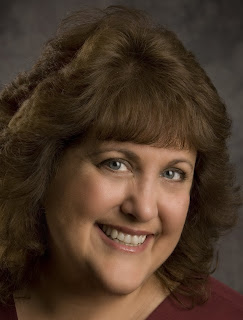 I wrote this novel, in part, because I’ve always been fascinated by what makes a marriage work. My sense is that many marriages survive not because the two individuals involved are meant for each other, but because the losses and hardships that they’ve endured forge a bond that is difficult, and sometimes impossible, to sever. I also believe that oftentimes one has to leave a marriage – sometimes through adultery or separation – in order to find it again. Carolyn Weedman has married young and given up her career while in her twenties. She loses a child, suffers through her husband’s affair with a friend’s wife, and then has to live with his disability after an auto accident. When Coyote Heart begins, she’s ripe for a detour in her life and an incident where she accidentally hits a dog and meets Roy Washburn presents her with that option. Although she doesn’t seek the affair, when the opportunity arises, she lets it happen and, ultimately (ironically), saves her marriage.

What is your next project and when can we expect to read it?
I am working on an historical novel called Favorite Daughter, which is about Pocahontas, who tells the story in first person, in her own point of view. I recently read Sena Jeter Naslund’s novel, Abundance, which tells the story of Marie Antoinette in her own voice and was fascinated by the way it dispelled so many myths about her character, while showing us who she really was as a person. I’m trying to do the same thing in Favorite Daughter, by telling the story from Pocahontas’s perspective and letting her show us the true nature of her relationship with John Smith and how she came to play such a significant role in American history.