Jennifer Chase Has A "Compulsion" For Bookland Heights 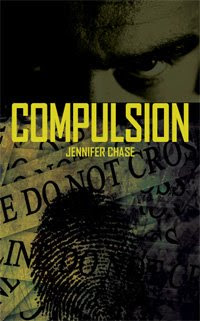 When Serial Killers Terrorize a California Beach Community, One Woman Stands in Their Way

Emily Stone doesn’t have a badge. But that hasn’t stopped her from tracking down some of the West’s most dangerous child-killers. Armed with a digital SLR camera, laptop computer and her trusty Beretta, Stone uses her innate gift for detective work to identify the perps — and then anonymously e-mail the evidence to the cops.

Now, the hunt for two brazen serial killers on the loose right in her own coastal California town threatens to expose Stone’s identity — unraveling her carefully constructed cover and jeopardizing her life’s work. But when she gets too close to the action, this razor-sharp hunter becomes the hunted. Cooperating with the handsome local police detective could be the only hope for stopping the rampage directed at unsuspecting young women — and saving herself. Can they piece together the clues in time?

Compulsion mixes CSI-style investigation with a ripped-from-the-headlines plot and a dose of romance for a keeps-you-guessing, fast-paced and savvy thriller, right up until the shocking finale.
Website 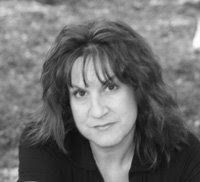 Street Talk with Jennifer Chase:
BH: What or who most influenced your writing?
JC: My intense interest in crime and forensics along with my love for books has influenced my writing the most.

BH: What is the one thing you want readers to know about your book(s) and/or writing?
JC: I enjoy crafting a thrilling ride for readers to enjoy.

BH: What is your next project and when can we expect to read it?
JC: I’m currently working on another fiction/thriller story and it will be available before the end of this year.
Jennifer Chase holds a bachelor degree in police forensics and a master’s degree in criminology. Her intense curiosity in the psychological aspect of crime is what drives her to write crime fiction. She lives in California, where she’s currently at work on her next book in the series.
Brought to you in part by WOOF: Women Only Over Fifty , Wendel Wordsworth, Cynthia's Attic