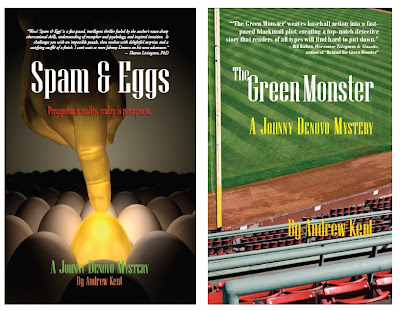 Five years ago, when neuroscientist John A. Novarro helped with a highly sensitive government investigation, he had no idea how it would change his life - separating him from his past, giving him a new identity, transforming him into Johnny Denovo, the world-famous Detective of the Mind.

Now, the Denovo name is the bane of high-stakes criminals the world over. When Johnny's finely honed senses detect codes hidden in spam emails, the puzzling phrases and suggestive metaphors hint at a plot to steal rare and valuable objects.

Soon, Johnny learns that something even more sinister is brewing. As he tracks the emails to their source, events explode into an adrenalized, trans-Atlantic race to prevent a geopolitical catastrophe. Will his allies, nerve, media savvy, and knowledge of the human brain be enough to unhinge the criminal mastermind? Or will he become another victim of a ruthless conspiracy? 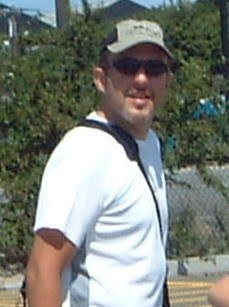 ****
"Andrew Kent has created a character so memorable and distinct that he will surely dazzle on-screen someday as he dazzles in a book. . . . [the book has] a fast-paced, exciting plot involving vivid characters and geo-political interests. But what really sets this book apart is the author’s mastery of language, vocabulary and metaphor. Reading it is an utter delight, as much for the sheer pleasure in superb writing as for the story itself. Bravo to a new author whose originality explodes from these pages. Highly recommend." – The Urbane Dame

AK: I like writers who play with words, writers who can evoke a sense of elsewhere, and writers who can teach. I think if I were to narrow down a vast list, I'd have to say Shakespeare for wordplay, Faulkner and Hawthorne for atmospherics, and John McPhee for clarity of thought.

BH: What is the one thing you want readers to know about your book(s) and/orwriting?

AK: My mystery novels are fast-paced and fun, but with a foundation in psychological research. We think and dream in metaphors, so I wanted to see what it would be like if a detective used intuitive reasoning to follow metaphors to criminals. It's working so far!

BH: What is your next project and when can we expect to read it?

AK: I've published two Johnny Denovo mysteries, and am well along with a third, one that reveals how the first two are related. It should be out early 2010. I'm also working on a non-fiction book about health and physicians. I have no clear timeline for it yet.